As early as 1979 Halton Presbytery recognized a need for some form of new ministry to serve the rapidly growing north end of Burlington.  The area was changing from a quiet village surrounded by fruit and vegetable farms and would soon become a town and then a city. Rev. Walter Martilla was hired as the New Church Development Officer.  In 1983, with the assistance of volunteers from local participating United Churches, a survey of the area was done.  There were 175 responses indicating an interest in a new United Church in the area.  With this information Halton Presbytery began the search for a minister to serve this new ministry, which would be known as Tansley Ministry.  (Tansley being the name of an early Postmaster for the area).  Rev. Jewitt Parr accepted the call in June 1985.  In September 1985, Anne Fleming was hired as a part-time Staff Associate. 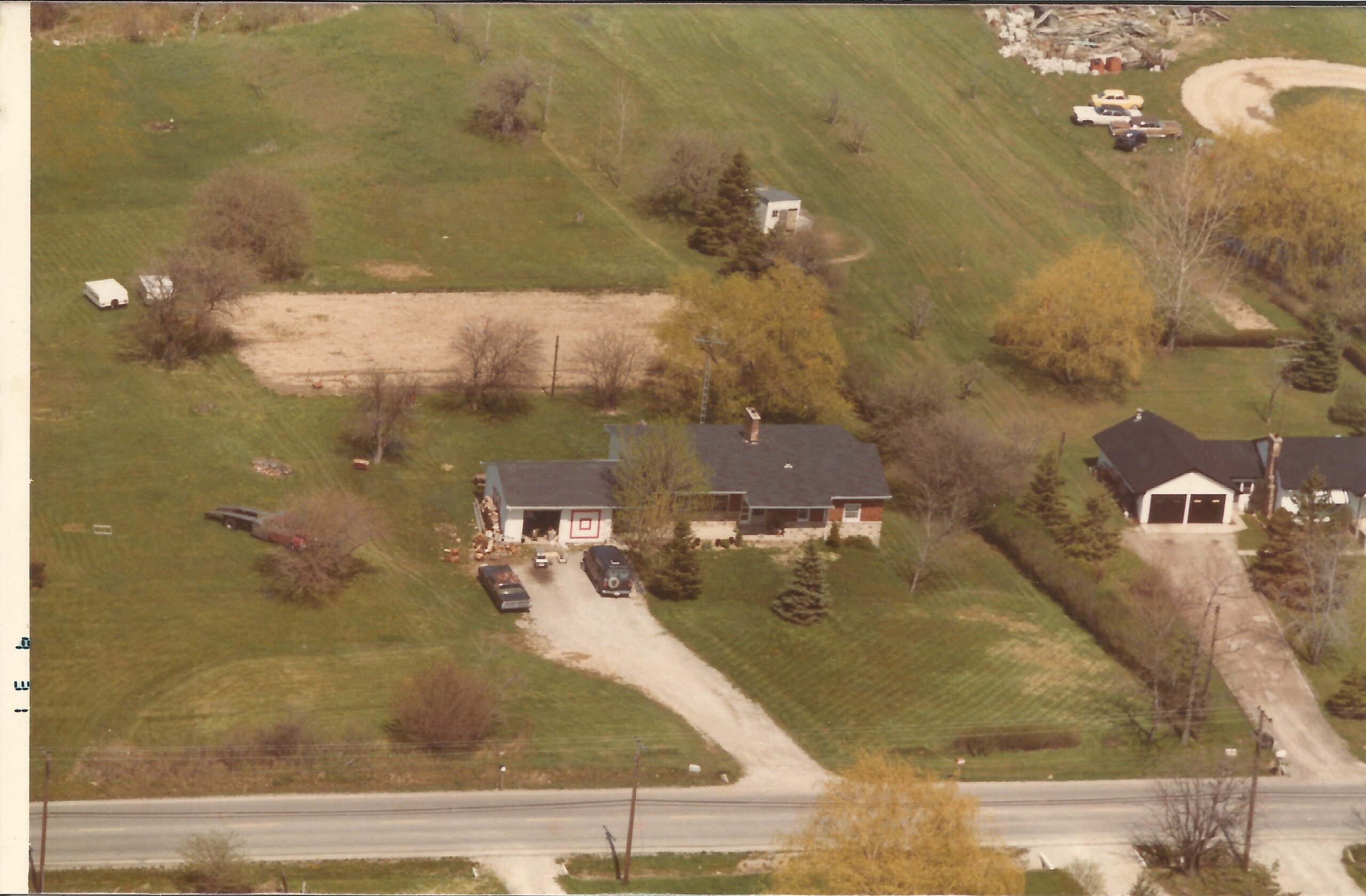 The Church Extension Council of Halton Presbytery purchased a parcel of land including a house at 2111 Walker’s Line just north of Upper Middle Road. The farmhouse, known as Tansley House, was used for offices while Sunday School and Sunday services were held at Dr. Charles Best Public School.

On January 19, 1986, Tansley United Church received their Charter from the Presbytery with 130 members signing the official roll.  A portable building was purchased and installed on site and in March, the minister’s office and the church secretary were moved into the portable.  Tansley now had its own building.

Rev. Jim Carney replaced Rev. Parr in 1988. By 1990, the number of confirmed members had doubled to over 300. It was clear that the prefab building and farmhouse could no longer serve the burgeoning congregation.  In addition, it was learned that the City of Burlington wished to build a road across part of the property resulting in the necessity to move the portable or build a permanent structure.  The decision was made to move out of the portable and build.  The portable building was sold and relocated to Elora for use by the Canadian Reformed Church.  Worship moved to Notre Dame Catholic Secondary School until the present building was habitable.  It was a challenge to turn the cafeteria into a welcoming worship space.

On September 9, 1992 a ground-breaking ceremony was held for this new facility.  The corner stone was laid on June 27, 1993 and the first service held on September 19. Beams from Tansley House were used to make the cross that currently hangs at the front of the church.  Burlington Montessori Preschool moved into the basement as a Monday-Friday tenant, and has been part of Tansley since then.

In 1997, the congregation decided to finish the loft and in order to raise funds, sold 1m. x 1m. squares of the floor. The new owners got to paint/decorate their square. Although those colourful works of art were eventually covered up by the final tile flooring, photographs were taken first. In 1998, the second-floor project was finished, and the Loft immediately became a popular meeting space for church and community groups.

That same year, the congregation spearheaded a publishing project which became “Church Quirks”, a book of church anecdotes gathered from across Canada and published by the United Church of Canada in 1999. Later the same year, at a visioning day, Tansley created their mission statement: “To be an enthusiastic, Christ-centred family, journeying in faith, looking in, reaching out.”  Later the mission was updated: To Grow People of Faith Who Participate in God’s Work in the World.

The following year, in 2002, Rev. Howlett and Rev. Clark helped to create “Bethlehem Live”, an outdoor re-enactment of the Christmas story featuring a stable with live sheep, goats and a llama, with most of congregation acting as citizens of Bethlehem (as well as tax collectors, shepherds, angels and magi). Over 500 members of the community came to visit Tansley that night, and the production was repeated the following Christmas.

In 2004, after 10 years of service, Rev. Howlett moved to the Halton Presbytery office Rev. Dick Prince was called as the full-time minister. Rev. Prince strongly believed that connections made at various groups in the church helped to knit together the congregation, and this belief led to the creation of many “connection groups” that met for spiritual or social activities, including a book club, a prayer chain, a bridge club, a photography project and bible studies.

Elaine Longland was the first Music Director followed by Jane Walmsley and then Leslie Polci. When Leslie stepped down as music director in 2005 Michael Mulrooney, a former St. Michaels’ choirboy, and a talented pianist who had worked in the orchestras of most of the big musicals in Toronto became the Music Director.

During Rev. Huntley’s time with Tansley, Outreach became a strong focus.  The Halton Fresh Food program, Food for Life, Emergency Pantry, Singles Moms, Senior Programs, after school programs, a Free Little Library, a backpack program etc. all became a reality.  Many of these programs were possible with the help of numerous grants.

In 2015, it was apparent that the declining membership in the greater United Church and all mainstream churches, was being felt in Burlington.  Tansley, St. Stephen, Nelson Kilbride and Lowville United Church began meeting on a monthly basis to consider what the future might hold.  Operating under the unofficial name of North Burlington Churches United (NBCu) the meetings continued as we discussed and learned how we might support one another.  As a result of these meetings, pulpit exchanges and joint services were held as we got to know our neighbours better.

In 2017 Tansley extended a formal invitation to Nelson United Church to amalgamate.  The invitation was accepted, and the amalgamation took place on July 1st.  A welcome celebration was held in September as the Tansley and Nelson families became one.  Discussions continued with NBCu, however as talks with St. Stephen regarding possible amalgamation became more serious, Lowville opted to discontinue their participation.  An official invitation to St. Stephen to amalgamate with Tansley was accepted in 2019 and the two churches came together officially on July 1.

Three had become one, with the formation of “New Church”.