A celebration of Nelson United Church and its history.

As of July 2, 2017 Nelson United Church and Tansley United Church become one congregation worshipping at Tansley. We welcome everyone to this new beginning of fellowship, service/outreach and worship.

After 150 years the congregation of Nelson United Church made the decision to amalgamate with Tansley United Church.

Nelson United Church is a member of the United Church of Canada which was formed in 1925 by a union of Methodists, Congregationalists and Presbyterians. Nelson’s roots extend back to the first settlers in Nelson Township.

The church and the adjoining cemetery are located at Nelson Village (formerly Hannahsville) now part of the City of Burlington. Moses McCay received the patent to Lot 16 (200 acres) on 12 April 1809 and on January 26, 1830 sold one acre to the Trustees of the Methodist Episcopal Church. David Springer bought 100 acres on Feb. 2, 1854 and sold 1/2 an acre to the Trustees of the Wesleyan Methodist Church on Mar. 25, 1861. The large stone “Springer House” still stands just west of the Church and is now a bed and breakfast.

In 1830 a frame church with a gallery was built which served until the present stone church was built in 1859. In 1959, the Sunday School addition was built to accommodate the expanding congregation

A Scrapbook of Memories

Baby Band Picnics
The “Baby Band Picnics” were held in the late 1940’s and 50’s. The picnics were sponsored by the Nelson United Church women and all the children from the Nelson community were invited. The picnics were held at Dave and Mary Sherwood’s farm. The following photos were taken by Mary Sherwood and donated by her daughter Marilyn. The names on some photos are missing or possibly incorrect, so if you have corrections please forward them 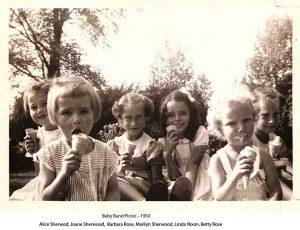 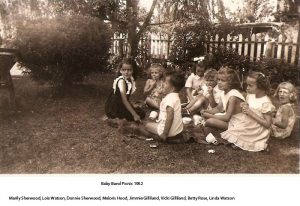 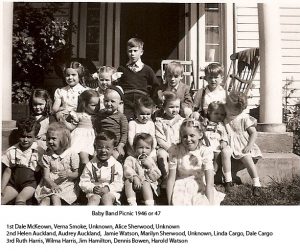 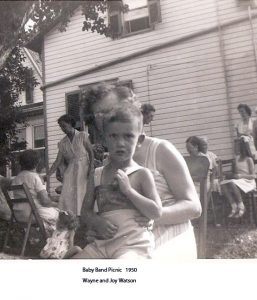 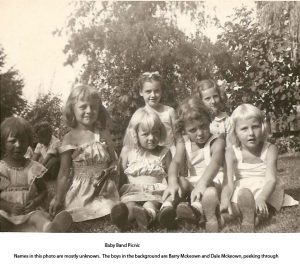 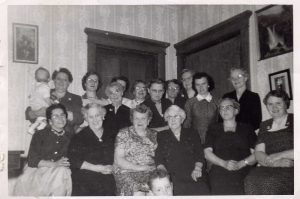 Women within the United Church have been forming UCW groups since the organization was formally inaugurated on January 1st, 1962 through the amalgamation of the Woman’s Missionary Society (WMS) and the Woman’s Association (WA). Many things have changed since this photo was taken, but the women of Lowville-Nelson continue to meet and the group is open to any women in sympathy with the purpose of the United Church Women.

The Rev. John Shearman was the minister for Nelson United during the 80’s. During this period he published an essay “The First 30 years 1808 to 1838“.  This essay is fascinating reading for those interested in the early church history in Upper Canada during this period. 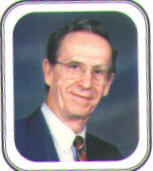 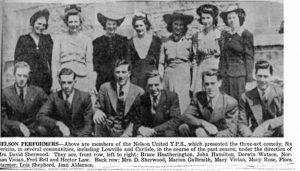 The cemetery around the Church is one of the oldest in Burlington. It was used by early settlers for many miles around. Due to the absence of records within the Church there are no formal records of the earliest burials.  A brief history  of the cemetery prepared by a former Minister states a Mrs Hugh McLaren was buried while her husband was serving in the war of 1812 -1815.  A Miss Bastedo was among the earliest being buried in 1817. A monument to her memory was later erected in the family plot in St. Pauls cemetery, which is east of  the Church.

The best public record of burials comes from an Ontario Genealogical Society publication which records the inscriptions on the headstones. This publication states that the cemetery was established in 1830. The following are an index from the publication 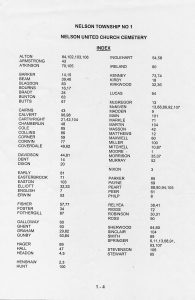 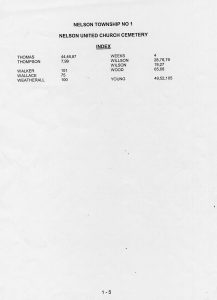 (page 1, page 2), if you would like more information then the index provides please e-mail nelson@nelsonunited.ca  and the transcription will be looked up.

The earliest headstone in the cemetery is for Martha Calvert 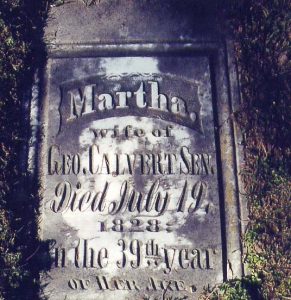 Once a year, the church holds its annual business meeting. During this meeting reports from various committees are submitted, financial standing is reviewed, church positions filled and new business is discussed. These annual meetings are essential to the life and work of the church but it would not be unfair to describe them as somewhat tedious at times.

It is interesting to review old minutes, many of today’s problems are the same as those faced in past years with some interesting exceptions. Church attendance, cleaning and finances were topics of discussion during the 1943 meeting;  these topics could be from any annual meeting.

In looking at these old minutes it is evident that the church members felt a strong sense of community. The 1943 congregation demonstrated some interesting ways to take the tedium away from these meetings.

“Mr. Starmer then said “He would like to say many thanks to the Pastor (Rev Mercer), Choir, members and workers of our church” He spoke of the Pleasant Smile and kindly words of Mr. Mercer always. And said they were a great Inspiration to us all. Even if he had needed to remind him of dozing off to sleep a time or two during the year”.

The Rev Mr. Mercer made a gracious response that thanked everyone but still managed to remind   there needed to be better Sunday attendance.  A unique problem Rev Mercer faced was war time gas rationing.  This limited his ability to get around to members who because of age or illness were unable to attend church.  He asked for the congregations’ patience while he did the best he could to minimize this difficult situation.

In 1892 the Nelson Church women formed a branch of the WMS. Minutes from the  1936 church annual meeting show the group celebrated their 44th year Anniversary  that year.  The objective of the group was to assist home and foreign missions. A review of the minutes between 1909 and 1922 indicates China and Japan were prominent missions.

The WMS society averaged 10 to 15 members over the years and usually averaged 10 meetings a year. Most WMS members were farm women and it was common  for some summer meetings to be cancelled. Meetings were normally held in member’s homes, especially during the colder months when lighting the wood stove and warming the Church was a time consuming task.  The WMS made yearly financial contributions to the Society Treasurer of the WMS. Money was raised by the women from meeting collections, social teas and other events.

The minutes of the October 1914  meeting show 6 members attended and $0.55 was collected.  It would appear from the program reading “God Save the King, God Save our Empire, God Save our World”, that the WMS  had  concern about the war in Europe.

The year 1959 was an important milestone anniversary for Nelson United.  The congregation celebrated the 100th birthday in the present stone church and the newly constructed Christian Education Center was dedicated during the service. In addition to these events Nelson and Palermo United had recently jointed as a joint charge and constructed a new manse for the minister adjacent to the Palermo Church.

Taking part in the celebrations were 3 past and present ministers 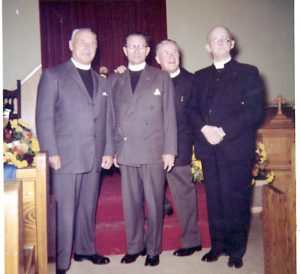 The Rev Somerville had been the presiding minister at Nelson in 1925 when Nelson Methodist church joined the United Church of Canada. The Rev Mercer was the minister from 1940 to 1952 and Rev Prearley from 1953 until 1959. The Rev West was the Minister in 1959, sadly Rev West suffered a fatal heart while delivering a sermon in the early 60’s and died shortly afterwards. 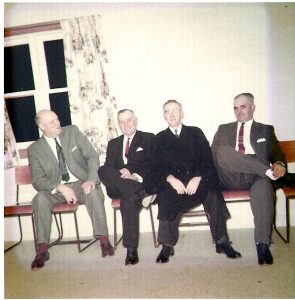